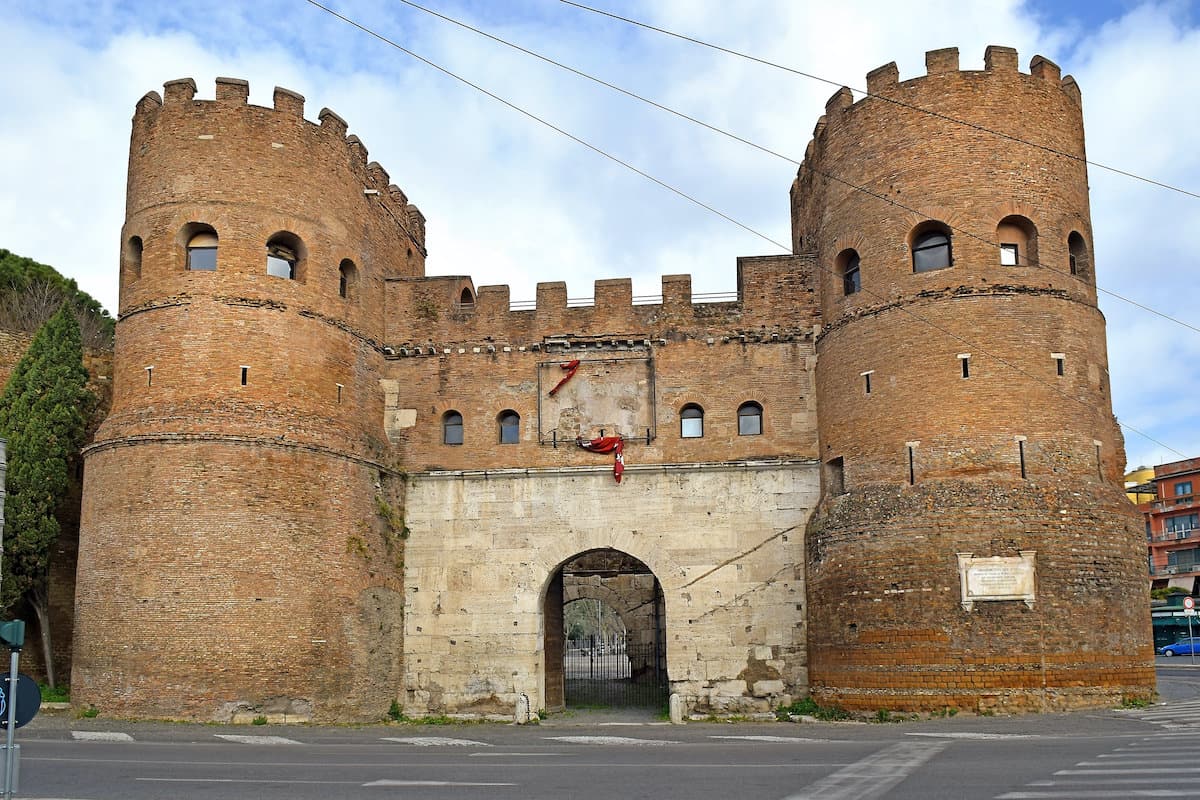 Experience the History and Beauty of the Aurelian Walls in Rome

The Aurelian Walls in Rome are not the only walls that graced this city over the years.  Before these walls were constructed between 271 AD – 275 AD, the Servian Walls were in place.  The Aurelian Walls were built when the Roman Emperors Aurelian Augustus and Probus Augustus were in charge.  The goal of the walls was to enclose the area that contained the seven hills of Rome, the Trastevere District near the River Tiber, and Campus Martius and prevent anyone from taking those areas over.

Instead of having soldiers build these walls, Emperor Aurelian chose to have the locals of the city construct them.  In the beginning, the walls were twelve miles in total length and there was a square tower constructed every one hundred Roman feet.  By the time the 4th century arrived, the Aurelian Walls were doubled in height and there were more changes by 500 AD.  It was at that time that there were more than three hundred towers, eighteen main gates, more than one hundred latrines, and over seven thousand crenellations.  There were also more than two thousand external windows.

These walls were used as the primary defense of Rome for thousands of years, but that all changed when the unification of this country began in 1870.  While you would think that these walls would have been knocked down at that point, they are still in place for visitors to see today.  In fact, the Romans are still quite proud of these walls and they are considered the largest ancient monument and attraction within the city.

There have been many different restorations of the Aurelian Walls over the centuries.  The first one was during the 4th century when Maxentius was the ruler.  The restoration was only completed in a few areas, basically the ones that were in disrepair and starting to fall apart.

The restoration was bigger when Emperor Honorius was in reign at the beginning of the 5th century.  At that time, two new walkways were added.  The first one was covered, so archers could be used from the inside.  The second was open and it was where many new pieces of war equipment were placed.  A staircase was also constructed between a lower room and a tower, where an additional operations room was created. New restorations were completed under Theodoric, who was the King of Ostrogoths, and then Emperor Justinian’s general, Belisarius.  Since that time, many of the Popes have requested restorations on this important piece of history.  All these restorations have ensured that the Aurelian Walls are very well preserved to this day.

While you cannot walk along the Aurelian Walls themselves, you can see them from a distance.  As you walk around Rome, you will see parts of the Aurelian Walls almost anywhere you are.  Over in Porta Maggiore, or Porta Pinciana, you will see a couple of the gateways.  However, the most interesting part may be the Museo delle Mura, which is within the towers over at Porta San Sebastiano.  Other points of interest you will love include the Amphitheater Castrense, part of the Aqua Claudia Aqueduct, and the Pyramid of Cestius.

If you are wondering why you cannot climb onto the Aurelian Walls, it is due to safety and security reasons.  Obviously, since these walls are so old, they can easily become damaged if people were walking and climbing on them every single day.  As for the security purposes, no one in Rome wants anything to happen to this important piece of history.

Even though you can see the Aurelian Walls at most points of your trip in Rome, it is going to be best if you see some of the best-preserved areas.  Therefore, we recommend stopping to see the walls from Muro Torto in Villa Borghese all the way to Corso d’Italia and then Castro Pretorio.  Other excellent sections can be seen from Porta San Giovanni to Porta Ardeantina, near Porta San Pancrazio, and all the way to Tiber from Porta Ostiense.

While you can walk to see the Aurelian Walls on your own, you may want to consider taking a tour instead.  There are many tours to choose from and when you take one, you will be guaranteed that you will not miss any important details.  Your guide will share much of the history of the sections you are seeing, while pointing out the intricate details that share which Emperor or Pope requested the changes or restorations to each section.

The Aurelian Walls in Rome are not to be missed, so make sure you have them on your itinerary along with all the other major attractions within the city.