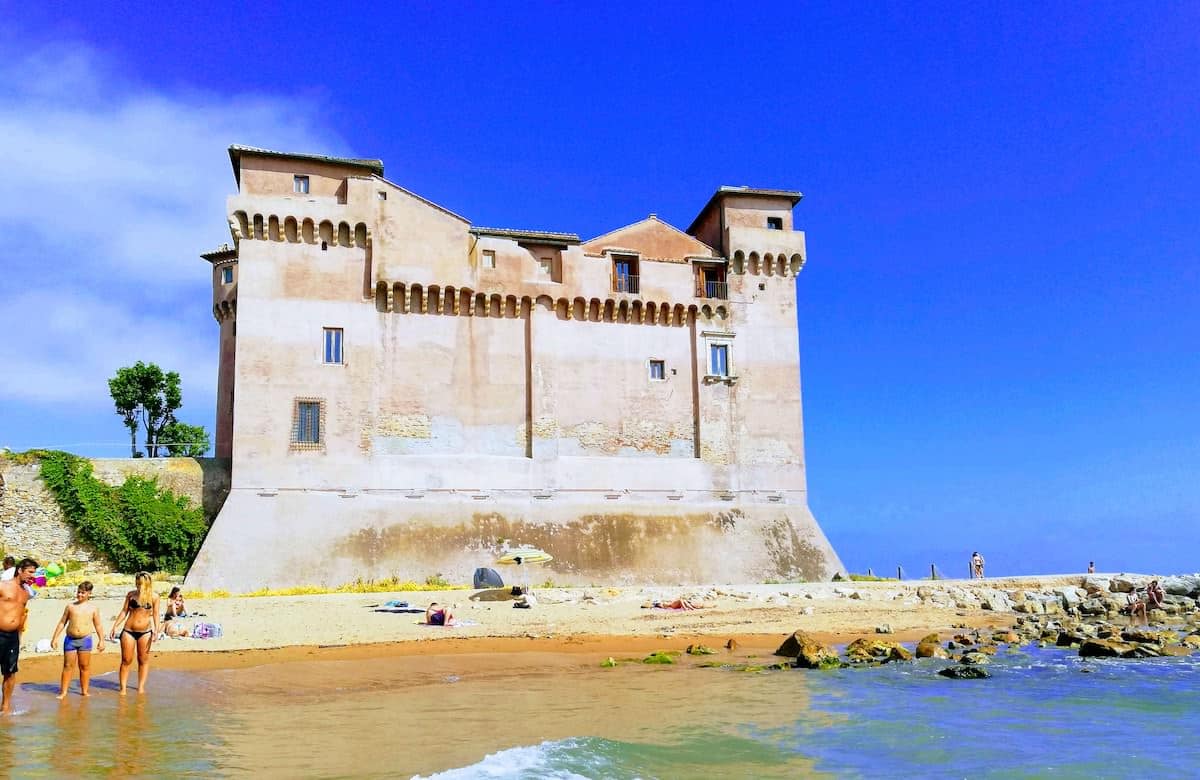 The Best Ones and How to Get There One of the greatest western cities in the world and home to boundless history and culture.

Millions of visitors flock every year to see the sights that Italy has to offer. From pilgrimages, to shopping trips, to just soaking up some rays in a gorgeous area of Italy, Rome is extremely versatile in its vacation capabilities.

Rome’s Colosseum is officially the world’s most visited tourist attraction, which shows the scope of just how hospitable the city is.

If it’s one of the most visited cities in the world, then it must be able to accommodate thousands of visitors a day with 100% efficiency? Shouldn’t it? Unfortunately no.

Queues for attractions such as the Colosseum, St. Peter’s Basilica and the Vatican museums have increased tremendously in size in recent years. Not only that, but the security has increased as well due to the terrorist attacks in Paris and London, so the peak times for the main attractions of Rome are unbearably busy.

It’s difficult for travellers to plan holidays that aren’t during peak seasons, for reasons such as not coinciding with school term times. Also, even if the attractions have less queues and less crowds in January or February for instance, the temperatures drop down to an average of 3 degrees Celsius (37 Fahrenheit) which is less than desirable.

It would be ideal for some tourists to visit during the quieter times of year when the trip can be less time waiting and more time enjoying those precious moments with family, but a large percentage of visitors would rather not make sacrifices when planning trips to Rome. Despite the hustle and bustle, there will be thousands of tourists that will make trips knowing full-well that a weekend in July/August will be nightmarish.

If you’re planning a family getaway with the kids, or a couple’s weekend retreat, or you’re just itching to scratch Rome off your bucket list, an excursion to the beach is the ideal solution. When there’s a day so hot you can’t see yourself standing in a queue without air conditioning, or a day in which the crowds become unbearable, or even just a day in which you need to relax; the beach is just perfect.

With all of this in mind, here is your guide to the best beaches near Rome and how to get there.

The beach town with the best seafood

Just a 45-minute Regional train from Roma Aurelia, or an hour’s Regional train from Roma Termini, and you reach the historic seaside town of Santa Marinella. A perfectly relaxing destination, there’s history and tradition steeped in everything that surrounds you. Old medieval buildings nearby, an active fishing industry hundreds of years old and the traditional seafood make for an authentic yet calming experience.

The beach is just a few minutes’ walk away from the train station, but make sure you have euros at the ready for the Stabilimenti, which are the beaches with sun-loungers that you hire for a certain amount of time.

Although slightly out of the way-side as far as beaches are concerned, since anyone on their Roman holiday could visit a lake as well, it is by far the most relaxing and pleasant experience for visitors looking to switch off. The people are extremely welcoming, the weather is consistently sunny and it’s also a great destination for budding photographers.

A casual stroll along the beach front with the rest of the town participating in their ritual Passeggiata, or ‘walking off a massive lunch’, and you’ll marvel in the picturesqueness of the boutique cafés, gleaming rock pools and perfectly clear seawater. Definitely worth a visit!

The perfect family holiday beach with a fairytale castle

A beach that’s extremely popular with tourists and locals alike is Santa Severa. Located right alongside a fairytale castle surrounded by sand and sea, Santa Severa is a perfect Roman getaway for families on a budget.

The beach is located just one stop before Santa Marinella on the Regional train, and just a twenty-minute walk away from the station itself. The dramatic backdrop for the beach makes for quite a unique experience, and the beach is mostly spiaggia libera (free).

This beach might be the most popular for locals on this list, so if you prefer a quieter beach experience, I would suggest giving this beach a miss. If you can’t get enough of Italian/Roman history, then the Castello di Santa Severa is the perfect tourist destination.

Ristorante L’Isola del Pescatore, an authentic seafood restaurant with gluten free options, overlooks the castle and the beach with incredible scenic views. If you’re feeling peckish, and forgot to bring the picnic basket, this is the perfect place to grab a bite to eat.

Tickets for admission inside the Castello are relatively cheap: €8 full price, €6 concessions and €16 for family tickets. This gives you access to multiple museums within the grounds of the castle. For more info visit http://www.castellodisantasevera.it/en/.

The closest beach to Rome with ancient ruins nearby

Technically the closest beach to Rome as the crow flies, Ostia Lido is known for its dark sand and perfect water conditions for swimming. Viewed as a beach that compared to others on this list isn’t as fancy, what it lacks in glamour it makes up with its proximity to Rome and its Roman ruins.

Ostia is one of the longest beaches on this list too, with a mixture of Stabilimenti as well as free public beaches you can bring your beach towels to. The surrounding town boasts a lot of restaurants and shopping opportunities, and just outside the town is the Ostia Antica, a tourist attraction with a lot of ancient Roman ruins.

The beach town fit for an emperor with award winning beaches

Perhaps the furthest beach spot from Rome on this list, Sperlonga is an incredible beach town that boasts some of the best quality sand and seawater in all of Italy. The little seaside town has quaint narrow streets and a handful of shops, cafés and restaurants. It has remained a sought-after seaside destination for a thousands of years, Emperor Tiberius owned a villa nearby which you can still visit today.

After an hour-long Regional train journey from Roma Termini to Fondi Sperlonga, you’ll need to catch either a bus or a ten-minute taxi to the town of Sperlonga. Ideal for a weekend getaway rather than a day trip, there are plenty of quality B&Bs on offer in the picturesque town.

The biggest draw for visitors to this beach town, is the blue flag status that the beaches all along the coastline have. Both Sperlonga and nearby Gaeta hold the certified bandiera blu stating that the beaches have extremely clean seawater, are environmentally sustainable and provide the best quality of security and management. These are the best quality beaches in the area, making the stabilimenti charges worth all the money they charge you, since it all gets put back into maintaining its quality.

The fashionable, youthful beach town that comes alive at night

Just north of Ostia, thus very close to Rome itself, lies the town of Fregenae. Very much the life and soul of a beach party, this town attracts a more youthful crowd on Saturday nights. Although, that’s not to say it isn’t a splendid beach spot in the daytime. Just as glamping is to camping, Fregenae is to the standard stabilimenti. Luxury sunbeds, some even four-poster, are found everywhere. This is the perfect beach for those who love long walks along the seashore, as the stretch of sand goes along the coastline for over 10km.

Fregenae the fashionable beach town has several bars and nightclubs if you’re looking for some nightlife on your coastal Roman getaway. The best option for a sun-filled afternoon on the beach, followed by a lively nightscape. Trendy bars light up the beach front, with one of the best being the Singita Miracle Beach Club.

To get to Fregenae from Rome, the best option would be to get the 35-minute regional train from Roma Termini to Maccarese and get a ten-minute taxi or one of the frequent buses into Fregenae.

The award-winning beach town steeped in modern and ancient history

A versatile tourist destination to say the least, Anzio has some of the best stabilimenti in any of the beaches near Rome, but also contains a multitude of museums of modern and ancient history. On the surface, Anzio is just a port town with an active harbour. But once visitors head towards the beach, they encounter pristine sand and seawater, cliff faces recording the passing of epochs, and the truly astounding Villa Emperiale; home of Emperor Nero.

Towards the port is where most of the restaurants, shops and cafés are, with the incredible beach fronts situated either side. The beaches are also recipients of the bandiera blu, making this spot worth your while spending at least a few days at. The beaches are astoundingly clean, the harbour front is beautiful with the extremely clear water, there are monuments to Nero and places named after him. But it doesn’t end there.

Anzio was where the allied forces landed during world war two. A battle took place, and hundreds of soldiers died on Nero’s foothills. Not only is there a museum dedicated to preserving the memory of the infamous beach landing, the Anzio Beachhead Museum, but the American war cemetery is nearby in the neighbouring town of Nettuno.

This is the perfect spot for those who love a beach getaway coupled with some humbling museum experiences. Not only is it the hometown of Emperor Nero, but it’s also a monument to world war two.

To get to Anzio, some trains are an hour long and run straight into the town centre. However, some routes require stopping at Campoleone and catching a bus.

The most difficult to reach destination on this list, the island of Ponza is also the most beautiful. An Italian island getaway for the Romans, it has multiple beach fronts and the most amazing views. You can reach Ponza with ferries leaving from either Terracina or Nettuno.

The beach town with an annual artichoke festival

A beautiful seaside town situated between Santa Severa and Fregenae, Ladispoli’s dark volcanic sand beaches are host to an annual Artichoke festival. Every second week of April, thousands gather in the town to celebrate this quintessential Italian member of the thistle family. If you catch the festival, you’ll love the contests, the live music, but most of all; free artichokes! You can get there by catching a train to Cerveteri-Ladispoli.

Another beach front with the certified bandiera blu certification, it is less crowded than most of the beaches on this list. To get to Sabaudia from Roma Termini, catch a train to Priverno-Fossanova and get the bus.

The lake with a medieval castle

Just up the road from Ladispoli is the magnificent Lake Bracciano, home of the Castello Odescalchi. This 15th Century castle was geographically disputed between the infamous noble familes the Borgias and the Colonnas. It was also the castle which held the marriage of Tom Cruise and Katie Holmes. To reach the lake from Rome, you must get the hourly running train from the San Pietro Station located near the Vatican.